On the overluminous hot subdwarf in the Phi Persei binary 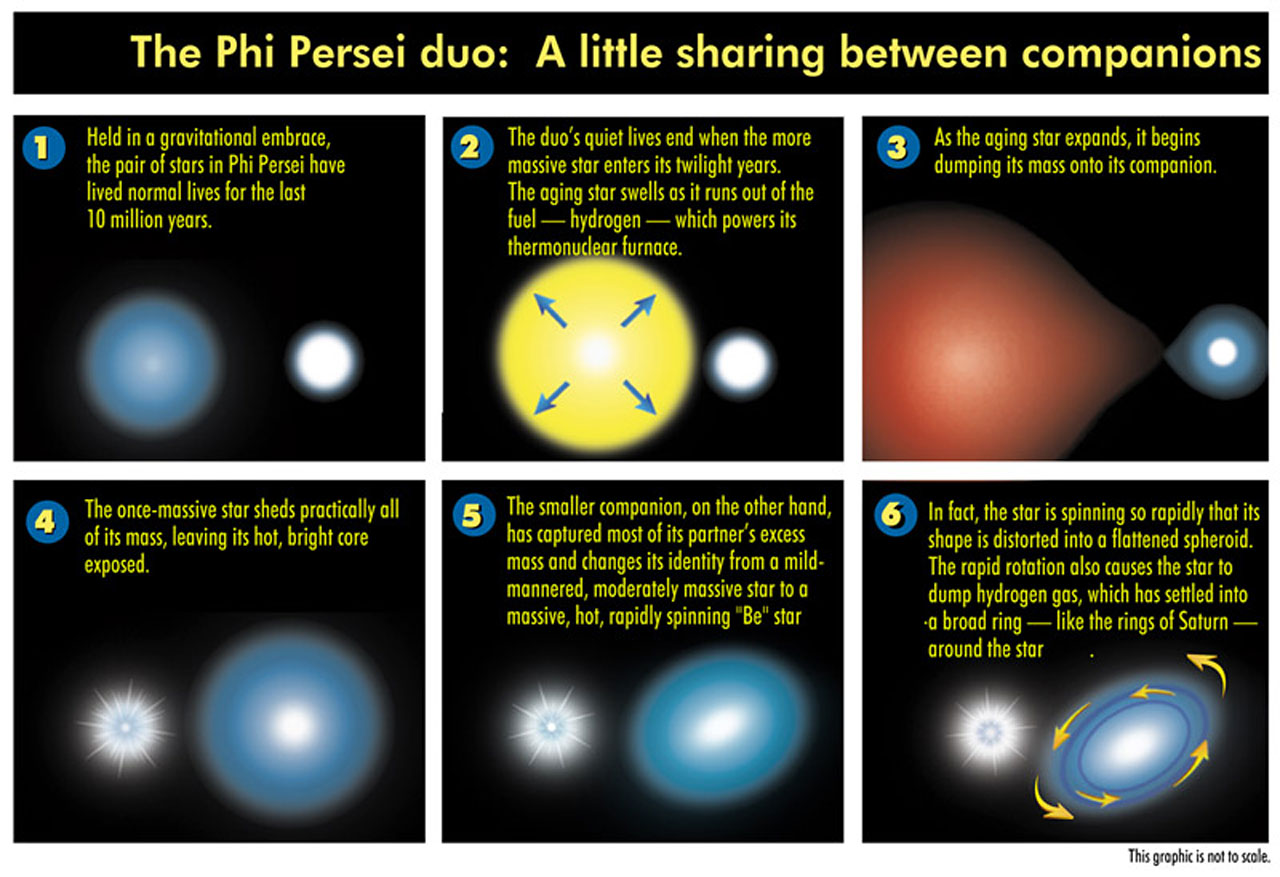 Abel investigated the binary system ϕ Persei, using new data by Douglas Gies and collaborators. The system contains one star, a subdwarf, with about the same mass as the Sun, but it is 10 times hotter and nearly 10,000 times brighter. It contains a second star, a Be star, that is nearly 10 times as massive as the Sun, which is spinning very rapidly. It is thought that the hot star is the remaining core of a star that has lost its envelope, transferring part of it to the companion which is now spinning very fast.

Abel shows that the hot subdwarf is overluminous for its mass by a factor ten. He argues that it is shining so bright because it is burning helium in a shell around a carbon-oxygen core. This would be remarkable since the shell burning phase is very short-lived. If true, this implies that for each system like ϕ Persei there should be about 50 systems with dimmer less evolved hot stars that we have not been able to detect yet.

Abel also shows that the Rapidly spinning Be star is a possible progenitor of a late core-collapse supernova. It is massive enough to explode, but already well over 50 Myr old, older than any single star that can explode.

Abel is now a PhD student at the Argelander Institute in Bonn with Norbert Langer.