Discovery of a Light Echo Around Supernova 2012aw in LEGUS 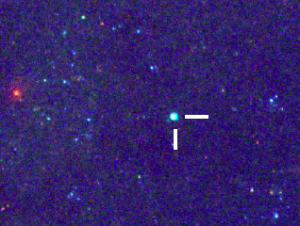 If you were too late to see the light flash of a supernovae, you may still be able to see the reflected light many years later as it scatters on nearby layers of dust. One of such light echoes was found serendipitously in the LEGUS data set. LEGUS is a large treasury survey proving Ultra violet images with the Hubble Space Telescope of nearby galaxies. Schuyler van Dijk et al present the discovery of the light echo around the location where a supernova was found in 2012.